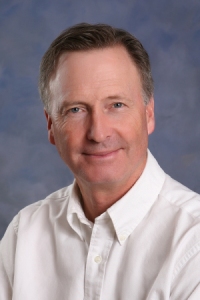 Richard LaMotte will host a lecture “The Lure and Mysteries of Sea Glass” during the 11th Annual North American Sea Glass Festival in Ocean City, Maryland on Saturday, August 27th.  Richard  will share his knowledge and years  of experience on sea glass with you, accompanied by Celia Pearson’s beautiful images from his two books, Pure Sea Glass and The Lure of Sea Glass.  Richard plans to provide insight into the art of identifying unique shards and review the basic science of how sea glass is formed.  Learn why certain colors are so much harder to find than others and explore the history of sea glass.  Questions are encouraged as this lecture will serve to be a valuable exchange of information between Richard and anyone seeking to learn more about these vanishing gems. 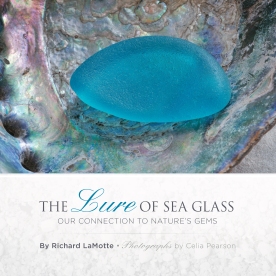 A little bit about Richard and his latest book, The Lure of Sea Glass: Our Connection to Nature’s Gems.

Richard LaMotte, author of The Lure of Sea Glass: Our Connection to Nature’s Gems, is America’s leading authority on sea glass.  His new book, which focuses primarily on the emotional side of sea glass, was prompted by the many stories and anecdotes he has heard over the years from people who shared with him how much sea glass collecting has meant in their lives.

Since the publication of his first book, LaMotte has hosted or attended hundreds of events for sea glass collectors all over the nation.  At these events, sea glass aficionados have had an opportunity to view others’ collections and learn more about the sea glass phenomenon.  He is a former president of the North American Sea Glass Association, which annually holds a national festival for sea glass collectors and those interested in learning more about the subject.

The new book is a sequel to his classic, Pure Sea Glass: Discovering Nature’s Vanishing Gems, which was published in 2004.  That book, which has become the definitive book on the subject, helped spark the increasingly popular pastime of collecting treasures from the sea.  It earned first place in non-fiction from the Writer’s Digest 13th Annual International Self-Published Book Awards.  Since 2004, his company, Sea Glass Publishing, L.L.C., also has produced calendars, note cards, identification cards and other products featuring photographs and information about sea glass.

LaMotte and his family have collected more than 40,000 pieces of sea glass, much of it from the Chesapeake Bay, near their home in Chestertown, Maryland.

LaMotte has been interviewed in leading newspapers including The Washington Post, the Baltimore Sun, the New York Times and the Boston Globe.  His work also has been featured in magazines including Coastal Living, Parade and Delaware Beach Life.